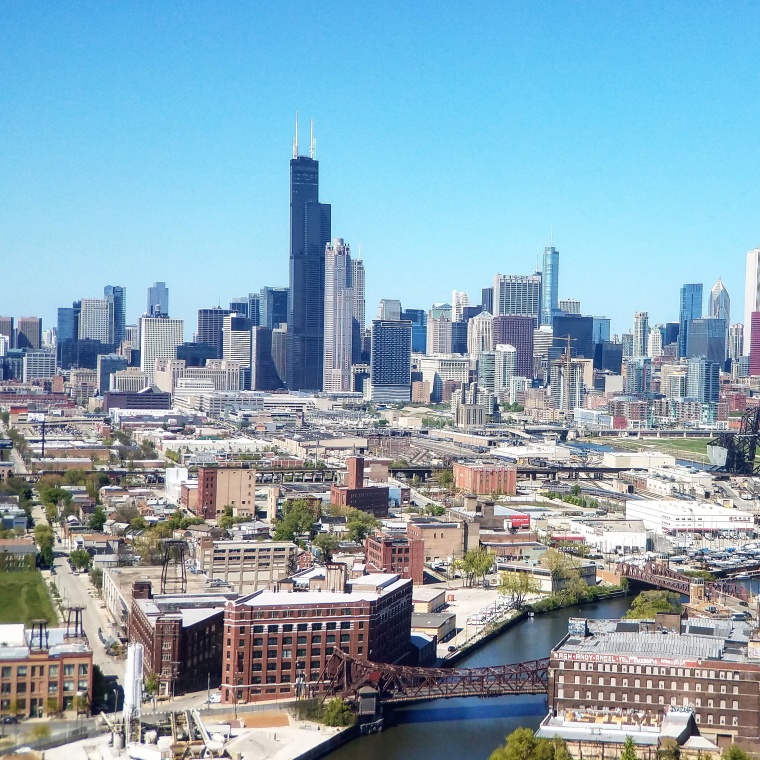 A few months ago I posted a three-part series about the fantastic helicopter ride I had over Chicago:

How to See Chicago From a Captivating Angle, Part 1

How to See Chicago From a Captivating Angle, Part 2, and

How to See Chicago From a Captivating Angel, Part 3

The photo above was taken just shortly after we were in the air!  I had the chance to take a quick shot of the Willis Tower (still known by locals as the, “Sears Tower”) and the skyscrapers surrounding it.  Do you see the bridge in the foreground? This epitomizes one of the things that I just love about Chicago’s architecture.  It mixes old with new in such a unique way.  The bridge is definitely from an era gone by, yet it seems to take its place with the newer, taller (shinier?) buildings quite nicely I think.

Some people have asked me if I’ll be taking another helicopter ride above Chicago’s skyline; you bet I will! I’ll be planning a dusk tour for hopefully sometime at the end of August or early September!  It will be interesting to compare day photos of Chicago’s towering buildings with those from the dusk hours.  I’ll keep you posted!

I hope your Monday is off to a flying start!