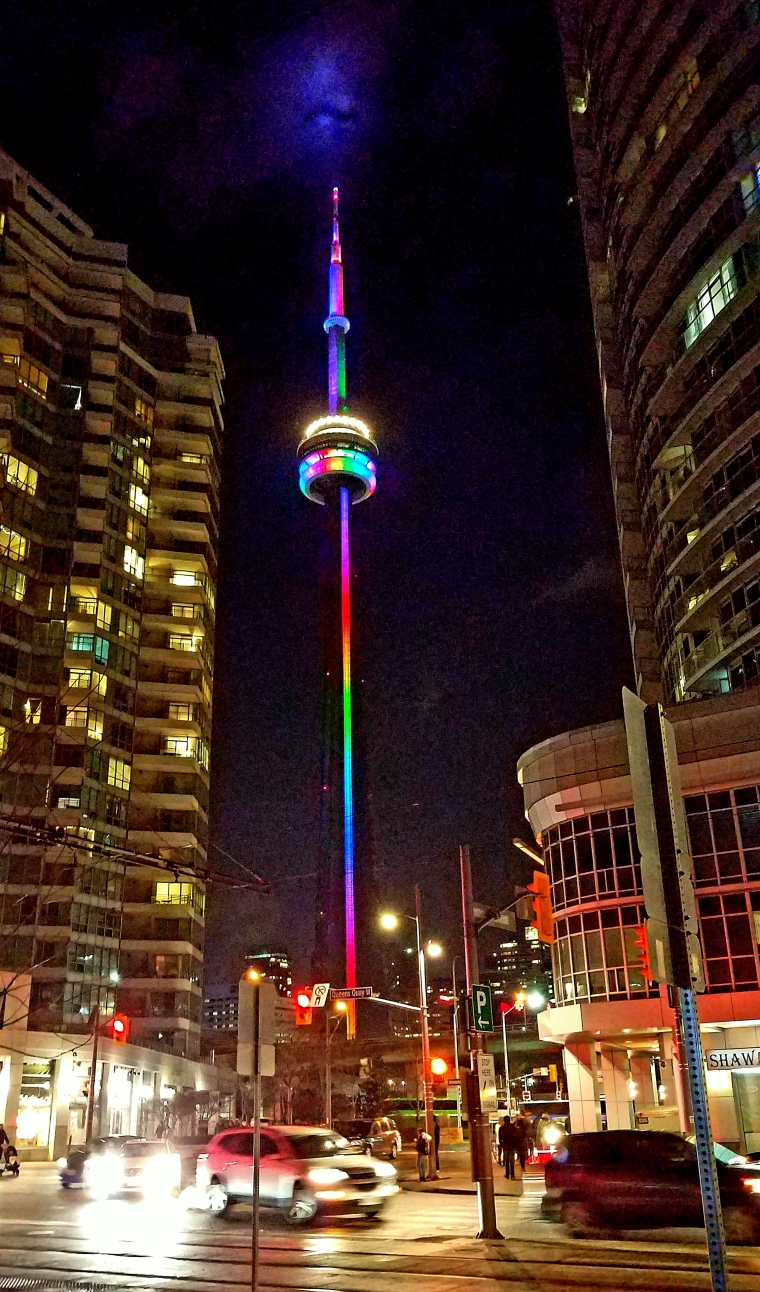 During the holidays back in December, I took this nighttime photo of the CN Tower in Toronto. The colors on the tower were magnificent! They changed quickly and morphed into solid hues such as red, green, blue, why, each color of the rainbow it seemed. However, I was lucky enough to get this particular shot with a cavalcade of colors.

If you look closely at the tower you’ll see more of the structure “flanking” the middle ‘color’ strip. I’ve been to revolving restaurant and observation areas, but not during this particular trip. There is also a glass box to stand on (not me, per se) just like the one at the Willis Tower (Sears Tower for those who remember its former moniker).

They’ve added a very scary feature; it’s called, “Edgewalk”where you can walk outside the circumference of the 360 Restaurant:

It would be a snowball’s chance in you know where that I’d ever do that! I know many who would, so I’ll be glad to hold your purse or bottle of water whilst you traipse around it.

I’m not a huge fan of heights, but maybe *just maybe* I will go next time to get some photos to share with you (inside, that is). *Or should I just stay put on the sidewalk snapping pics like this one in the post?*

Some thoughts from author and agent Marie Lamba

To adventure is to live

Saying Nothing in Particular

But happily ... JT Twissel aka Jan

Our stories are gifts, and they need to be shared

Waiting On The Path of Happiness

A Site For Short-Stories

Helping you save time, money and the environment