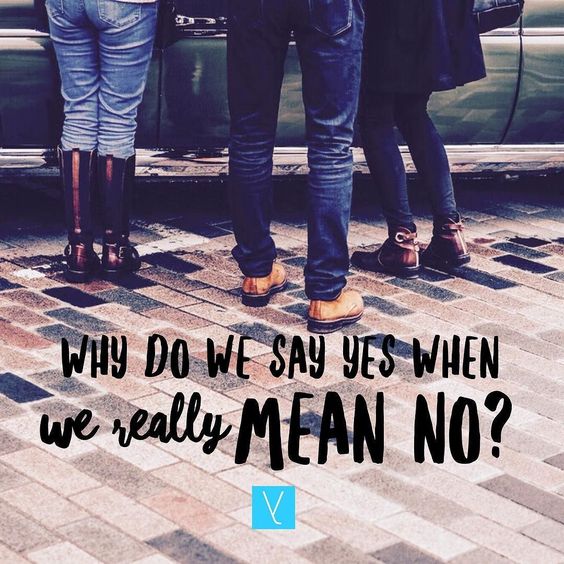 I had an interesting conversation the other day.  It was with a young lady who was probably half my age.  The conversation was intriguing to me for much more than the words we exchanged.  I actually learned something about myself from it.

It all began when the young woman shared with me the trials and tribulations in her life of what she regarded as, “necessary obligations”.  I gleaned from her words that she felt a massive duty to accommodate everyone and everything in her life.  I posed the following question to my young friend:

“What if you said, ‘no’ to some of these people and situations?” The look I received in exchange for my words was nothing less than shock (perhaps even horror) at the thought of what I had suggested.  I think she thought I was either crazy or that I had clearly experienced a momentary lapse of reason right in front of her.

“Yeah, that would NEVER happen,” was the response I heard.  She reasoned that unless she wanted to make everyone in her life, “pissed off  forever” at her, there would be no way to ‘ever’ change any of it.  The young lady further remarked that even though she found all of her ‘obligations’ stressful beyond belief, it would be better fulfilling them than actually dealing with the fallout of not doing what her colleagues, boyfriend, and neighbor wanted her to do. 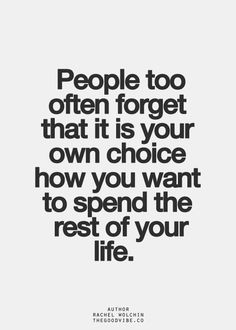 I was feeling exhausted just listening to the list of ‘obligatories’ she mentioned, thinking that the amount of energy it would take to complete each and every one of these activities would challenge even the heartiest of those folks who seem to possess unlimited energy.

From an after-work cooking class, to helping a neighbor with some packing, this girl had filled her every waking moment with ‘stuff’ she felt she had to do.  It dawned on me that each and every ‘obligation’ she made was based solely on the fact that she didn’t say “no” to those things she didn’t really want to do.  Conversely, she didn’t seem to consider giving more time and energy to the things that made her happy. Perhaps she didn’t even know what it was that made her happy.  Energy and time:  think about these as being deposited in a bank; on any given day we have a certain number of hours and energy in that bank.  If the bank is depleted with having spent your hours and energy on stuff you didn’t want to do anyway, that doesn’t leave much for having a life to call your ‘own’, does it?

From all of this new-found information, I had a ‘ta da’ moment.  The difference between living an authentic life, being true to yourself (or not) comes down to two words:  YES or NO.  The choice in order to please everyone else but yourself would entail a lot of yeses, and not that many in the ‘no’ category.  Placing them in two columns might look something like this:

YES Column – I will do the things you ask of me and feel those things to be obligations that I must fulfill = having my life become everything everyone else wants; or

NO Column – I will do the things that bring me happiness and joy.  I will help you along the way, but if I choose NOT to join an art class to learn how to paint 13th century window coverings = being true to myself with no self-disparaging remarks.

After my conversation with this young person, I felt sad for her but at the same time enlightened for myself.  I wondered if it had to do with age and experience.  No matter what it was, I had a terrific sense of calmness, no longer burdened by the sense of obligatory activities I once knew as part of my own, personal repertoire of, “must dos”.

I found a quote by Henry David Thoreau that I thought would be quite fitting for keeping your true self fed with the freedom of choices to experience a happy path:

I learned this, at least, by my experiment:
that if one advances confidently in the
direction of his dreams, and endeavors
to live the life which he has imagined,
he will meet with a success
unexpected in common hours.

13 comments for “Saturday Serenity: How Perceived Obligations Can Squash Your Joy”