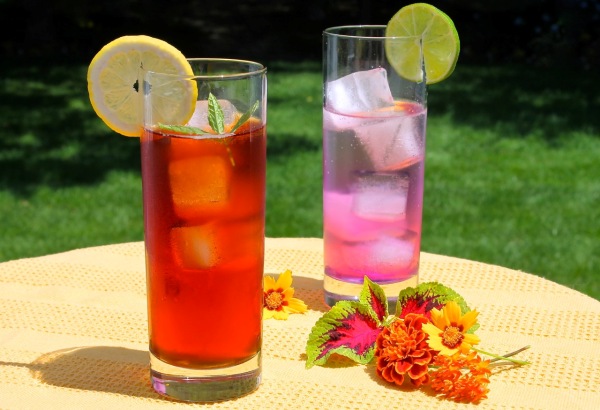 Canadians are masters at lining up for things; or, as my UK blogger friends might say, “queuing”.  With the utmost respect to my fellow Chicagoans, I don’t think the idea of forming in a line is quite as popular here as it is in Canada or across the pond.

Case in point:  I heard on good authority that a well-known coffee place would be giving away, ‘free tea’ at their Chicago locations on Friday between 1:00 p.m. – 2:00 p.m.  As ‘luck’ would have it, I found myself in a building that had one of these stores on the main floor.  Lo and behold, it was 1:03 p.m.

In I went, feeling rather sheepish to be going into this coffee hangout waiting to be given something for free.  And so, my Canadianishness (new word?) appeared, as I immediately looked for the lineup.  No line.  Uh oh, what to do?  There were at least two dozen people contained in a very small space, with no one (except yours truly) concerned at the lack of, ‘order’, shall we say.

All at once a customer service person yelled, “Free tea…….. over there!” With his hand gesturing in a wave-like motion, the, “over there” was a loosely understood command for most of the, ‘free teaers’!  I stood in what I thought could possibly be construed as a lineup; why, more of a gaggle, but I was, after all, there for a free beverage.

Somehow I managed to eventually make my way to the counter.  Quietly I said, “Um, may I please have the free tea?” With what can only be described as a half-hearted attempt at a full-fledged sigh, my barista guy stated, “Well, which one?” Which one? What? I had no idea there would be a, “which one?” on the freebie menu.  Oh good heavens above, first no queuing and now there are freebie choices to be made?  My response (and believe you me, I was feeling the pressure of the clusters; um, I mean the lineup of people behind me) was simply, “The third one, please”.  The third one.  Why did I say, “the third one”.  I didn’t even know if there was a second, let alone a third.  I didn’t have my glasses on, not thinking I’d need them to simply be handed a free cup of tea.

Did I just hear that Barista sigh in my direction yet again?  I gave him my name which he scribbled on the side of a cup.  Before I could even turn to join another group of freebie Friday folks waiting for their named cups, the Barista was already talking (literally) over my head and asking the guy behind me what kind of tea his complimentary cup would contain.

As I ‘attempted’ to leave the counter, I noticed that an absolute free-for-all of freebie fanatics had gathered in every single nook and cranny of that little coffee shop.  When I finally reached the outdoors, I stood for a moment, looking at the pinkish concoction swirling among the ice cubes in my overfilled cup of tea.  With straw at the ready, I took a sip.  And then, just to be sure my taste buds weren’t playing tricks on me, I took another and…………………….

into the trash it went.

At some point between the cup to the straw to my palate, something went terribly awry.  Now, the person that so long ago chided, “The best things in life are free”, certainly did not pick the free tea that was only known to me as number three.

My take from all of this?  When there is no line or queue, I must emphatically state that it is definitely not for YOU! 🙂

Now this is the type of lineup I’m familiar with:  Canadians at Tim Hortons!

50 comments for “Sunday’s Preponderance: What Did I Expect For Free”