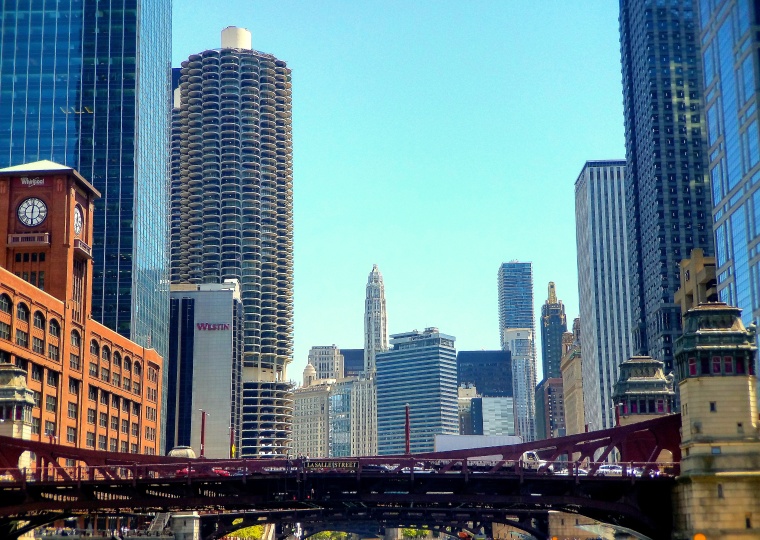 Ah, another glimpse of the downtown Chicago scene seen (*grin*) from the Chicago River! Can you see the numerous bridges that cross the river?  The one you can prominently see in this photo is the LaSalle Street Bridge.  I know I’ve said this before, but I want to say it again:  the eclectic architecture works so well, don’t you think?  To be honest, normally I’m a fan of uniformity where there is some kind of ‘tie-in’ to a cityscape.  However, downtown Chicago’s mixture of old buildings, new structures, and everything in between somehow seems to work.  The individual uniqueness of each building in and of itself doesn’t seem overshadowed by the next building, or the next, and so on.

Perhaps that’s the tie-in; each structure brings a much-needed original design to the puzzle, and that puzzle isn’t complete without the sum of all its parts.

I mean, what’s not to love about a ‘corncob’ placed near a stately structure sporting a clock with roman numerals at its peak? Not a thing wrong with that I say; not a thing!

← Wordless Wednesday: Reflections of Old in the New
Let’s Zoom In on the Chicago River! →