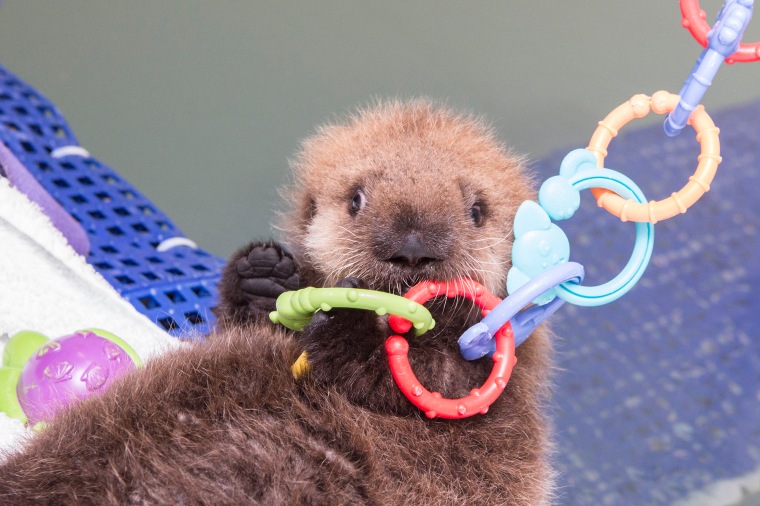 [all photos in this post courtesy of Shedd Aquarium/Brenna Hernandez]

Well, well, who do we have here? This little cutie-pie baby sea otter is the latest addition to call Chicago’s, “Shedd Aquarium” her new home; her journey to arrive at the Shedd is remarkable.

At approximately one week old, weighing a mere two pounds (and that is probably “soaking wet”), this tiny sea otter was found on Coastways Beach in California.  A local resident taking an early evening stroll heard the cries of this dear little soul.  The good Samaritan immediately notified authorities; however, due to impending nightfall, no rescue could take place until the next morning, given the sea otter pup’s remote location.

It was determined that she was orphaned; as such, she needed immediate care and nutrition.  The Monterey Bay Aquarium initially took the pup into its fold, where it houses a special, “Sea Otter Program”.  This program (formed in 1984) partners with other aquariums in order to provide special care for sea otters who are distressed, injured, stranded, or abandoned.  Sea Otter, “681”, as our playful pup was named, needed round-the-clock care.

Enter the phenomenal staff at the Shedd Aquarium! 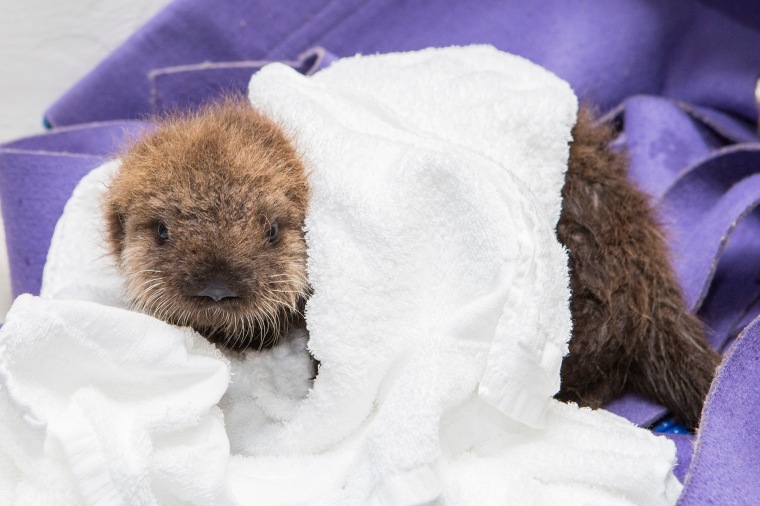 Having arrived here in Chicago on November 4th, the sweet sea otter pup has 24-hour care; all the while she is establishing her sea otter demeanor, such as grooming, feeding, exploring, and keeping her body temperature balanced by getting in and out of water.

When I first saw the photos of our sea otter baby, she struck me as a, “Pearl”; I don’t know why, really, but she looks like her name should be, “Pearl”.

The fine folks at the Shedd are doing a stupendous job at acclimatizing (my Pearl) to her new home.   I cannot think of a better place for her to hang her sea-faring hat!

53 comments for “Baby Sea Otter Makes a splash at the Shedd Aquarium!”