Looking back at what I am about to tell you about seems rather silly to me now.  In fact, I’d say it appeared as if I had just landed on the planet!  I suppose it comes down to experiences, and being placed in situations that at the time seem downright scary, yet later take on a rather comical feeling.

What am I talking about?

Here is a little story that I wanted to share with you about something that happened when I first arrived in Chicago.

I was at the grocery store, excited about seeing products on the shelves that I had never seen before (if you are laughing at this, I wonder if you are Canadian – we love ‘cross-border shopping’ since there are so many products available here in the U.S. that you can’t get in Canada)!

So there I was, literally feeling like a kid in a candy store, admiring the display of ten different types of Pepsi, when all of a sudden a gentleman approached me from behind, startling me whilst I was in my Pepsi product overload stupor!

All at once I was face-to-face with a complete stranger who looked right at me and said, “Can I have ten dollars?”  I distinctly remember exactly what I thought:  “What in the hell?”  With the stride of a gazelle (okay, that’s not true, I’m only 5’3″ tall so maybe the stride of a Pomeranian) I ‘high-tailed’ it out of there and ran up to the first person I saw.  He had been stocking shelves and immediately stopped as I approached him.  I must have had the look of someone who had either just won the Powerball Lotto or had been chased by a band of wayward circus clowns.  “Miss, are you okay?” he asked, with much concern on his face.

Trying to catch my breath long enough to tell him about this horrific thing that just happened, I finally responded, “A man just came up to me and asked me for ten dollars!”  Have you experienced that feeling when someone is trying really hard not to laugh at what you just said because they know you are being serious, but they can’t help it nonetheless?

His response to me?  “Uh huh……..”.  I felt compelled to say, “Well I am from Canada, and nothing like this has ever happened to me before.”  All at once, in a gentle, friendly, but amused tone he said, “Well, you’re in Chicago now!” 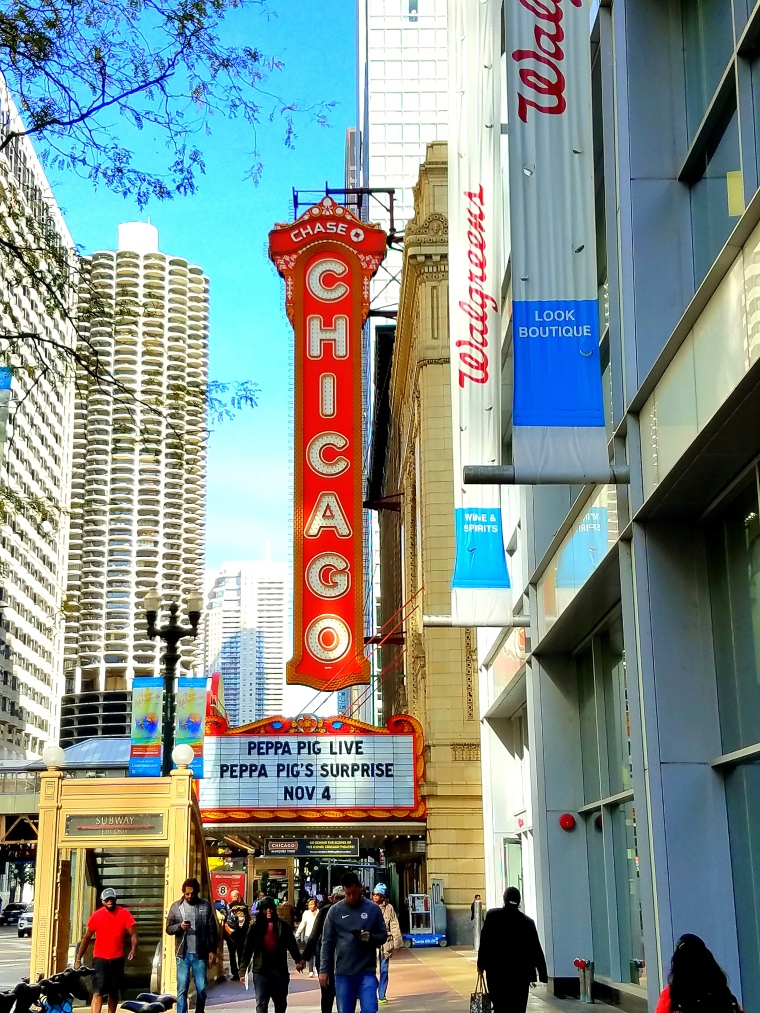 Ah, I’m in Chicago now…….. It was a really strange thing to happen back then, but now I think, oh my goodness, why did I react so strongly to having a guy ask me for cash in a grocery store?  It really had never happened to me before, so I suppose it caught me off guard.  Nowadays things like this do not even show up on my radar screen.  I think I’ve proven to myself that I’ve become quite acclimatized to occurrences such as my ‘ten dollar grocery store’ scenario.

Has anything like this happened to you before? Have you experienced something only to look back at it and think, “Why did I react that way?”  Humor in mind, I can laugh at myself from the store shelf stocking person’s perspective.  What a sight I must have been!  Would I give someone ten dollars who approached me in a store? No, I wouldn’t.  But I sure would be able to direct them to the Pepsi variety section.  Did you know they have a flavor called, “1893 – Black Currant Cola”?  Me either, until I found it in the Pepsi section!

← Thursday Shares: The Breakthrough
Wordless Wednesday: A River Runs Through It →