Here is a repost of last year’s Canada Day! I do hope you enjoy it!

Here we are, July 1st and it is, “Canada Day”!  For those of you who wouldn’t mind a little who/what/when/where/why about this day, I am more than happy to oblige!  For the rest of you, please sit back, relax, proudly hold your cup of Timmies, Slurpee, maple syrup bottles, and/or your favorite Molson or Labatt libation, and enjoy the intermission!

Ah, Canada Day!  This is a national holiday, with its roots forming on July 1, 1867.  It was on that day the ordinance of the British North America Act (now referred to as the, “Constitution Act”) united three colonies into what we now know as, “Canada”.  This commemoration was referred to as, “Dominion Day”, until it was changed to, “Canada Day” in 1982.  This was due in part to the, “Constitution Act” of 1982, which provided Canada with its own regulatory powers, thereby no longer requiring British approval for certain types of amendment to the Canadian Constitution.  It also annexed the British Parliamentary authority to pass laws which extended to Canada if it so chose to do so.

Well, now that Canada is all grown up and released into the wild woods of the Great White North, what’s a young, little country to do on its lonesome?  I shall tell you:  It has become one of the strongest, most admired countries on the planet.

Despite the fact Canadians have always possessed a great sense of pride and appreciation for Canada, there was a time not so long ago when you did not see or hear as much about these collective sentiments.  I recall a time when our true Canadian patriotism manifested primarily on the world stage in the form of hockey rinks.  Canada has always dominated the sport, and it appears as if we somehow utilized these circumstances to exemplify our adoration for the country as a whole.

Now, things are much different.  Canadians share their gratitude for Canada with the rest of the world, often displaying anything and everything in a uniquely Canadian style.  Here, let me provide you with a little example: 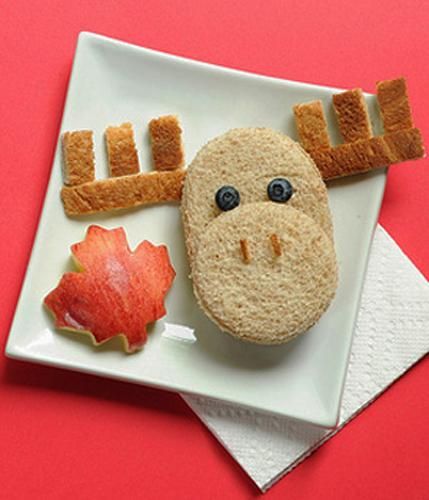 Even Canadian toast gets a moose-makeover!  And the apple! Why, surely it is a good ‘ol Canadian McIntosh!! By the way, unbeknownst to a lot of folks around the planet, the “moose” is not our national animal symbol.  No, it is the boisterous beaver!

During the late 1600’s and early 1700’s, fur hats were hitting the European fashion floor in droves.  The Hudson’s Bay Company, which provided a huge amount of Canada’s North and West to the fur trade, allocated beavers on the shield of its coat of arms in 1678. Due to this fast-moving commerce, a coin was created that was equivalent to the value of one male beaver pelt;  it was established as a “buck.” Parliament made the beaver an official symbol of Canada in 1975.

Are you having one of those, “Gee, you learn something new everyday” moments?

Canada is among the most beautiful countries in the world.  Its ranking as one of the top places to live is no surprise to any Canadian.  As cliché as my next statement will appear to be, Canada is great because of its incredible people.  Yes, Canadians are polite to a fault, they obey laws and don’t apologize for it (well, actually they do apologize for it, since Canadians love to say, “sorry” to just about everything).

Canadians are caring, kind, and community-oriented.  When you are in need of assistance, you can count on a Canadian to either tow you out, get you in, or at the very least, hold your Timmies coffee while you do whatever it is you need to do (ah, what am I saying, they’ll go and buy you a Timmies)!  Above all, Canadians have a wacky sense of humor not only in the general sense of the word, but toward themselves: 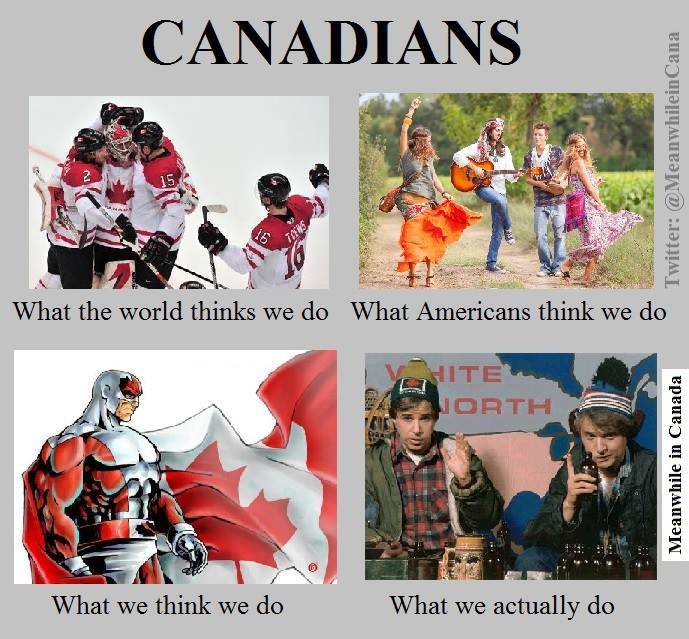 Truly, if you can’t laugh at yourself, rest assured someone else can, so take the Canadian self-chuckling advice!

Happy Canada Day, to my fellow Canucks, to those who adore Canada, and to our fellow world citizens; Canada’s unique and diverse culture comprise one phenomenal country.  Cheers to you, Canada!