This is a repost of my, “Victoria Day” post from 2014.  As it is yet again, “Victoria Day Weekend” in Canada this weekend, I thought I’d post it for your amusement (hopefully!) 🙂

Ah yes, Happy Victoria Day!  Today is Victoria Day in Canada; however, not in the Province of Quebec.  I shall not endeavor to get into the political complications as to why this is so, except to say its underpinnings fall heavily upon the shoulders of the English/French settlement of Canada.

Okay, now that I have that out-of-the-way, let’s take a look at why (most of) Canada has this holiday.

The holiday is to celebrate the birthday of Queen Victoria, monarch of Britain; it began on her birthday, May 24th, 1854, when she was 35 years old.  The holiday was referred to as the, “Queen’s birthday”.  After her death in 1901, a law was passed to refer to the holiday as, “Victoria Day”.  Now, at this point I certainly could not blame you if you are thinking, okay, there it is then, the holiday as it is today! Aha! Much more complicated than that!  There is this little piece of legislation that, in 1904, also made the same date, “Empire Day” throughout the entire British Empire (Canada included of course).  “Empire Day” is now called, “Commonwealth Day”; it’s held in March and celebrated in various commonwealth countries in different ways.  It’s not a public holiday, nor is it well-known (I can see the Canadians shaking their maple leaf heads at me:  “What is it?”).

Back to the Queen, as it were.  Along the way, the holiday was moved to the Monday preceding May 25th.  Wait! There’s more holiday mayhem!  To include celebrations for the reigning sovereign’s birthday at any given time, yet another day was added to accommodate even more flag waving and birthday cake eating, as far as I can see.  Of course this date was changed over time. Why could they not pick one date for everybody’s birthday and have a big ‘ol hootenanny?

And unless things have changed in the past ten minutes, which they could very well to be sure, Victoria Day and the, “Queen’s birthday” (wait until there is a King at the helm, then we’ll all be in for it) are on the same day.  This year, it is today, Monday, May 19th, 2014.

Do you need one of these gargantuan aspirin after reading all of this holiday happenstance? Be my guest, I’ve got plenty!

The holiday has a different moniker in various regions of Canada.  When I was growing up in very British Southern Ontario, we called it, “Firecracker Day”:

When I moved from Ontario to Manitoba many moons ago, Victoria Day wasn’t celebrated with fireworks; not only was I surprised, I was disappointed.  I asked people what the holiday was called.  Practical and to the point, my Prairie folks are, as they simply call it, “May Long Weekend”.  What a unique and notable idea! Ah, but then I would be remiss if I did not tell you what the folks back in Ontario (besides my term of “Firecracker Day”) call this birthday celebration of the longest reigning monarch in Britain’s history:  May Two-Four Weekend.  This term has a double entendre:

It does, of course, mean this: 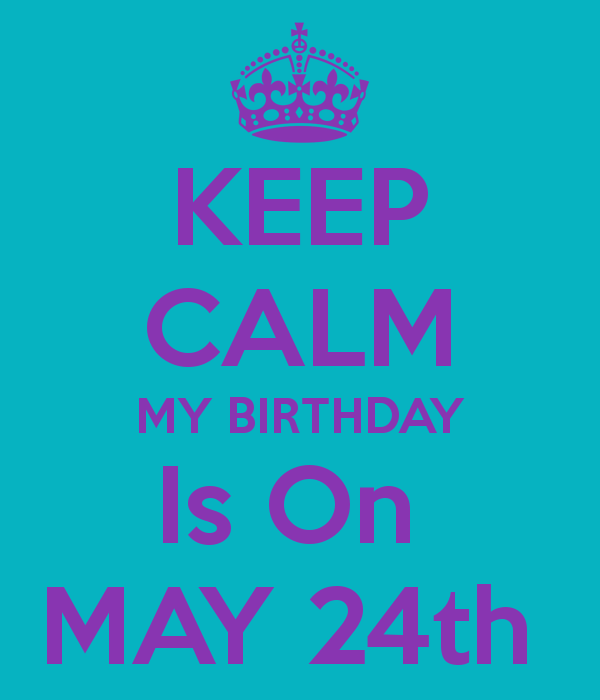 It also means this:

Beer in Canada (especially in Ontario) can be referred to as a, “two-four” when you buy, oh I don’t know, a box of 24 beers!  Ah, how things have changed.  Here is how Queen Victoria’s birthday was celebrated in Toronto in 1859: 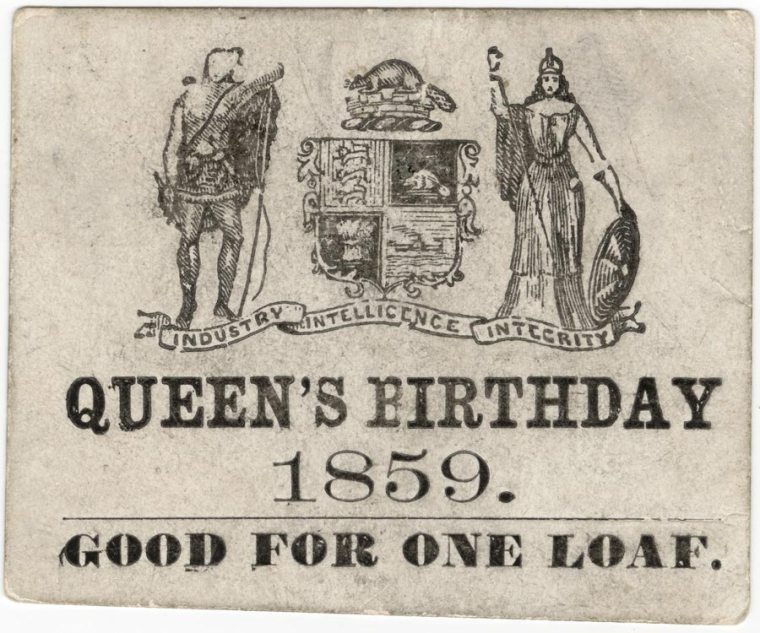 Free bread! How can you go wrong with that?  Hhhhmmm, wait a minute.  Do you see a theme going on here? Beer and bread both have:  YEAST! I know, perhaps one day Victoria Day will be celebrated with plums!

** Here’s a little addendum.  My Mum just read this post and she asked me if I remember this little song from childhood:

The 24th of May
is the Queen’s birthday
If we don’t get a holiday
We’ll all run away.

Mum remembers singing it when she was a child.  So we’ve got free bread, beer, and a holiday! Wow!