**At a time where levity is certainly more than welcomed, I thought I’d share a funny old post; a little cellphone blast from the past! I hope you enjoy it!

You might have a love/hate relationship with your cell phone, but at least we aren’t walking around with gargantuan-sized contraptions like the one in the above photo.

Enter Mr. Marty Cooper of Chicago, Illinois.  Mr. Cooper is the patriarch of the cell phone.  As an engineer for Motorola in the 1950’s, Marty devised portable police radios; in the early 1970’s, he became the head of the Communications Systems Division.

Mr. Cooper’s idea for portable phones sprung from his notion that people move around the planet at their leisure, so why not assign phone numbers to go along with them, as opposed to numbers assigned to a topographical area!

You are going to love this!  Care to guess where Marty’s stellar concepts came from?  I thought you’d never ask: 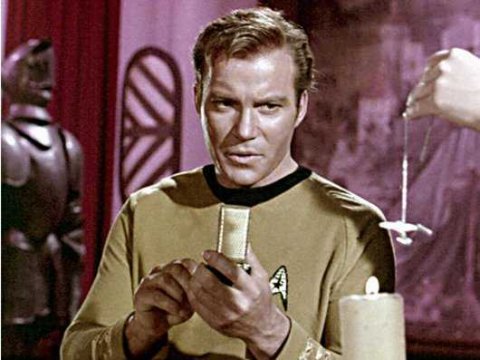 Inspiration; ah, thank you, Captain Kirk of the USS Starship, “Enterprise”.  Mr. Cooper formed his initial ideas from the communicator device Captain Kirk used to speak to his crew from whatever part of the galaxy he found himself at any given moment in the space/time continuum. 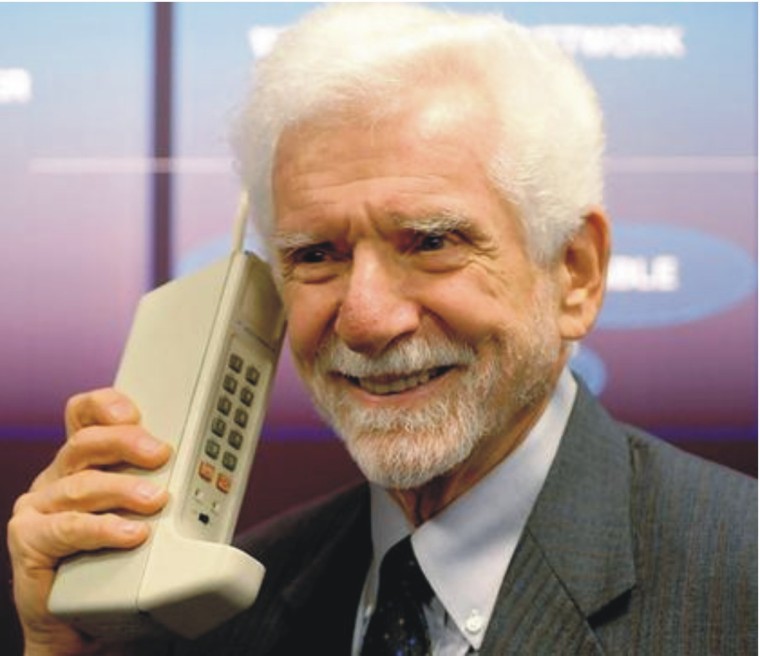 Here is a photo of Mr. Cooper with his 1973 precursor to our cell phone phenomenon.  This phone weighed in at 2.5 pounds, 10 inches in length, and was affectionately nicknamed, “The Brick”.  Ten years later, Motorola let, “The Brick” loose into the public cellular arena (by the way, have you noticed how many arenas are actually sponsored by cell phone companies?).  You, yes YOU can sport this DynaTAC 8000X model for the modest sum of $3,995.00 (that would be about $9,000 in today’s currency).  Not convinced? Why, the battery can last up to 60 minutes!

I understand; I mean, one has to ‘weigh’ all factors when considering acquiring such a frivolous purchase!  Let’s beam up to 2014, and see how Marty’s marvelous Captain ‘Kirkian’ ideas have panned out:

A wristwatch that morphs into a cell phone.  Hhhmmmmm, excuse me, sir, do you have the time? Time, no, I cannot provide you with the time, can’t you see I’m talking to my watch? Yes, Marty Cooper, beam me up indeed!

**Addendum: My lovely Mum in Canada read this post and found some extra interesting information: Although Mr. Cooper originally credited his inspiration for the cell phone to Captain Kirk, he later admitted his idea came from the radio wristwatch Detective Dick Tracy wore in the American comic strip series (1947; it was later upgraded to a two-way wrist tv.) This may also have inspired later smartwatches. Thanks, Mum!

28 comments for “Throwback Thursday: This is the United States calling………….are we reaching?”