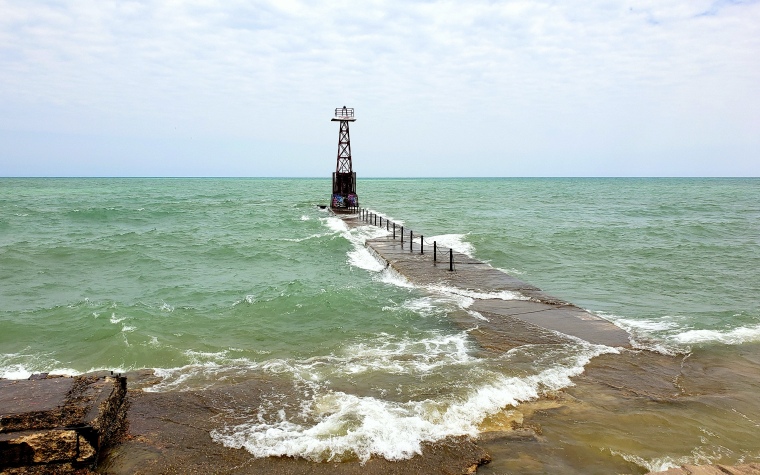 It’s been quite the wild past few days on Lake Michigan.  The extreme winds have virtually closed many swimming areas, while normally accessible paths have been overtaken by mammoth waves.

The photo above is one of those normally accessible paths.  At this time of year it is such a treat to walk out onto this jetty and take photos of not only Lake Michigan itself, but the city behind it.

As you can see, the water is literally cascading over the path, something rarely seen.  It’s scary and interesting at the same time. 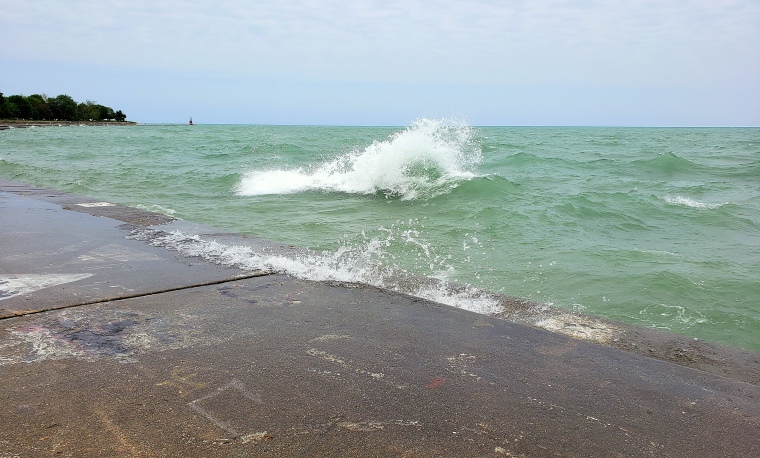 This photo shows another area that I normally walk along.  Can you see the walkway is wet? The waves literally took over this path as well. But what isn’t so obvious is that the water had to ‘climb’ two paths; in other words, the path is like a staircase with a few levels. At times the water was reaching the second level, something I’ve never seen before.  In the distance you might see the little tower similar to the one in the first photo; however, this is a different area, but it too was inaccessible during the past few days due to the wacky waves!

It is also rare to see a horizon without boats of some sort.  But I didn’t see a single craft all day yesterday.

So here’s to calmer waters as we begin the second week of July!