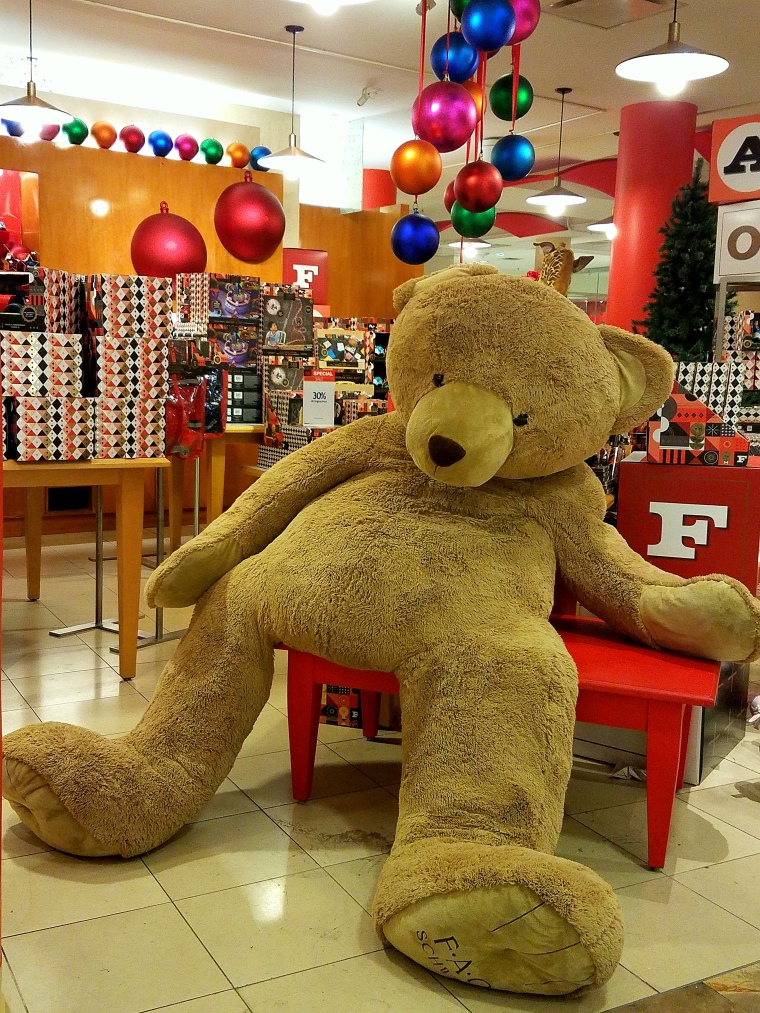 Well now, who do we have here?  What a lovely and unexpected surprise!  I must admit that when I saw this tremendous Teddy I was quite overwhelmed!  I had never seen a Teddybear like this before!  I took this pic at Macy’s (of course)!  But here’s the interesting thing that I don’t know much about:  this cutie-pie cuddler is part of a display from the New York City store called, “F.A.O. Schwartz”.

Now, I have never been to F.A.O. Schwartz, but I do know they like over-sized stuff! Case in point:  Did you ever see the Tom Hanks movie, “Big”? In it he is playing on a gigantic piano (and I mean literally ‘on’) that is spread across the floor! That clip was filmed at an F.A.O. Schwartz store in New York City:

I also noticed that surrounding, “Teddy” was F.A.O. Schwartz merchandise (I honed in on the chocolate straight away).  I really don’t know why this display is plunked inside Macy’s Christmas section, but I sure am glad it is!  What a delightful thing to see (and yes, yours truly was grinning from ear to ear)! I wanted to go over and give Teddy a huge hug (which now that I think about it, I should have done just that).  Teddy does look rather tired though, don’t you think? Ah, the life of a towering Teddy………….