Now who has even seen a courtyard like this at a train station! We were thrilled to see the Los Angeles Train Station (Amtrak, Metrolink, and LA Metro) include a gorgeous area outside to sit while waiting for the train.  The station is called, “Union Station”; clearly representing the union of all train lines, unlike Chicago where there are a number of stations for different types of train lines.  Here is the station from the front:

Now let’s take a peek inside the station:

The architecture at Union Station is a combination of three styles of architecture:  Moderne, Art Deco, Mission/Spanish Revival.  It was built in 1939, and truly is one of America’s last great train stations. These next two photos were taken of a spectacular space.  It is simply referred to as the, “old ticket area” and was unfortunately roped off to visitors. 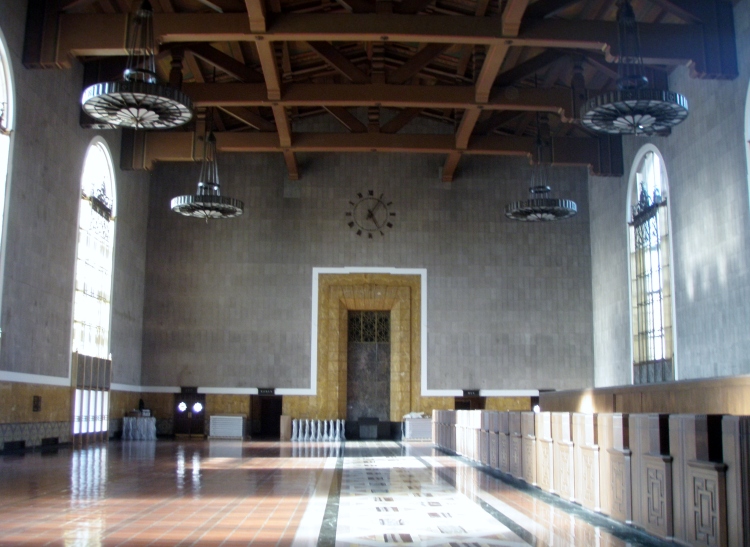 This photo is of the passenger seating area: 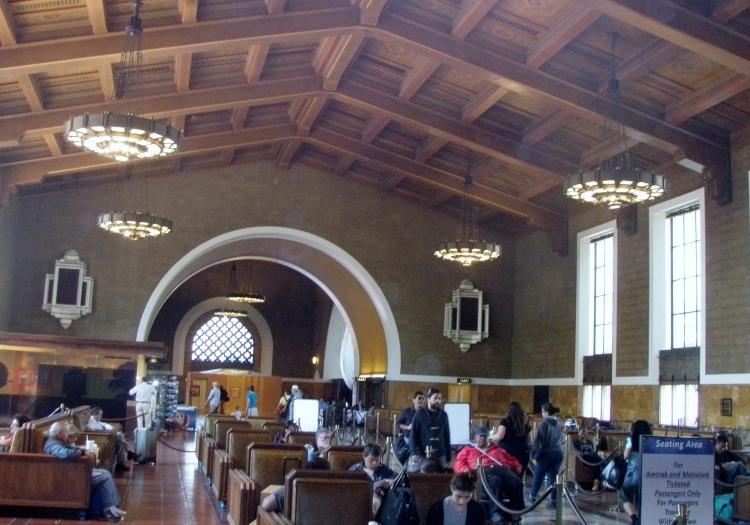 It was fascinating to wander around such an impressive building and, likened to my thoughts aboard the Queen Mary, ponder who walked these halls decades ago.  Where were they going?  Were they excited to be traveling by train to see a long, lost love?  Or were they traveling simply for the enjoyment of exploring vast and never-ending countryside?  In addition, similar to the Queen Mary during WWII, Union station was used for heavy troop movement.

The next post will feature some absolutely incredible buildings.  I shall give you a hint:  one of them was prominently featured in a movie, and we had the opportunity to take a tour! Another has quite the history of a famous actress haunting the halls!  Oh what fun! Ah, I see the train to the next post is arriving soon; I better get aboard!