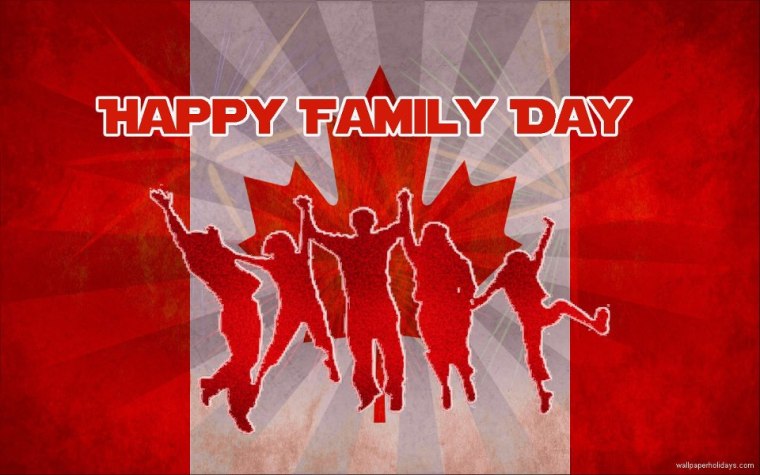 Recently I’ve been on somewhat of a, ‘repost roll’.  As The Chicago Files was but a baby of a blog last winter, I thought you might indulge me to share with you some early posts that perhaps you have not yet seen (I’ve changed a couple of pictures, just for fun; you know, like a bride does for her wedding:  something old, something new, something borrowed…..okay, you get the picture!)  If you have already seen this post, I do appreciate your willingness to have a little re-read!  And here we go:

Today in the provinces of Ontario, Saskatchewan, and Alberta there is a holiday called, “Family Day”.   This rather new holiday falls on the third Monday in February.  In the province of British Columbia, Family Day is held on the second Monday of February.  “Islander Day” is celebrated today in the Province of Prince Edward Island.  “Louis Riel Day” is held today in the Province of Manitoba.  As for the remaining provinces of Quebec, New Brunswick, Nova Scotia, and Newfoundland, there is nothing.  Well, there is something; it’s called, “Oh no, is it really Monday again and we are back to work already?”

In the United States today it is, “Presidents’ Day”.  A few years ago I had to ask my dear American husband what this actually stands for in terms of celebrating.  Is it a day like Mother’s Day where we send the President a greeting card? Well, no, it is actually the celebration of Washington’s birthday; the first President of the United States.  Why then, is it called, “Presidents’ Day” connoting more than one President?  Was Washington more that what one assumed? No, it was President Abraham Lincoln’s birthday on February 12th. But wait, it gets even better than that!  Washington’s actual birth date was February 22nd!  Oh, and let’s really add some birthday cake confusion to the mix:  In the state of Indiana, December 24th is a  state holiday called, “Washington’s Birthday”.

Confused yet? I sure am.  I can’t imagine how President Washington would feel knowing he was getting twice as old in the state of Indiana each year! *grin*

Ah, the antiquated preponderance of such ‘states’ of confusion, as it were.  I have a splendid suggestion.  Why don’t we have a brand new shiny holiday for everyone in Canada, the US, ah, let’s add the planet and call it, “Appreciation Day”.  We can hereby have an official day of acknowledging that which we are so in appreciation of, and grateful for in our lives.  No land of confusion here, folks, just good ‘ol fashioned thank you.  Now, where did I put my Presidents’ Day coupons for Macy’s?  I think they must be tucked inside my Family Day card.  Ah yes, there they are, and I sure do appreciate it! 🙂

Have a wonderful day wherever you are!!!